Warning: "continue" targeting switch is equivalent to "break". Did you mean to use "continue 2"? in /home/globalmoto1/public_html/wp-content/plugins/revslider/includes/operations.class.php on line 2758

Warning: "continue" targeting switch is equivalent to "break". Did you mean to use "continue 2"? in /home/globalmoto1/public_html/wp-content/plugins/revslider/includes/operations.class.php on line 2762

Warning: "continue" targeting switch is equivalent to "break". Did you mean to use "continue 2"? in /home/globalmoto1/public_html/wp-content/plugins/revslider/includes/output.class.php on line 3706

Warning: "continue" targeting switch is equivalent to "break". Did you mean to use "continue 2"? in /home/globalmoto1/public_html/wp-content/plugins/jetpack/_inc/lib/class.media-summary.php on line 77

Warning: "continue" targeting switch is equivalent to "break". Did you mean to use "continue 2"? in /home/globalmoto1/public_html/wp-content/plugins/jetpack/_inc/lib/class.media-summary.php on line 87
 GlobalMotoAdv – Global Moto Adventures 
Warning: count(): Parameter must be an array or an object that implements Countable in /home/globalmoto1/public_html/wp-includes/post-template.php on line 284

1st British woman to go around the world on her motorcycle.

Elspeth will be signing her new book on location, buy your books here!

For the first time, Elspeth returns to the United States to speak about the adventure she embarked on 36 years ago. 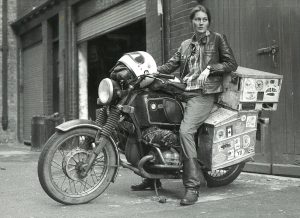 Meals and menu items will be available soon, we will have vegan and vegetarian options.

Agenda is subject to change – Stay tuned for final schedule – Plan on arriving Thursday by 4pm :).

We are excited to announce that Elspeth Beard will be our Featured Speaker at Flock to the Rock 2018.

Elspeth returns to the United States where she began her around the world solo motorcycle trip in 1982, becoming the first British woman to achieve this status. In June 2017, 36 years later, she released her memoir detailing her motorcycle adventure, Lone Rider.

She is a motorcyclist and award-winning architect. She runs her own architectural practice, specializing in creating and remodeling interesting and unusual buildings. She lives in a converted Victorian water tower in the southeast of England and still enjoys riding her collection of motorcycles, which includes the trusty BMW R60/6 which carried her around the world.

We are honored to announce that Elspeth will also join us for the official ride on International Female Ride Day (IRFD), Saturday, May 5th, 2018. 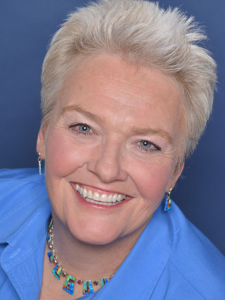 We are excited to announce that Pat Jacques will be our Opening Speaker at Flock to the Rock 2018, Thursday, May 3rd, 2018.
On and off her motorcycle Pat Jacques is a genuine, courageous, authentic BadAss! She’s a pioneer woman who raced men’s motocross, is a successful entrepreneur, and founder of ADVWoman. In 2016 she hosted the first ever Adventure Rally for Women, by Women emphasizing on-range and classroom training. Pat’s passion is empowering women through personal and motorcycle coaching. She’s been riding, racing, and teaching motorcycling over 40 years. She has a unique talent for breaking skills into teachable pieces, inspiring confidence, and helping riders to achieve tremendous success. Pat lives and rides high in the Colorado Rocky Mountains and is intimately familiar with the backcountry. She’s energetic, vibrant, and quick to laugh!  Please join Pat on this crazy, fun, incredible adventure in life and on a motorcycle!

Traversing the majestic mountains and valleys of  Northern Pakistan, these women became legendary for their open mind, heart and courage, they are changing the worlds perception of Pakistan and its beautiful people.

Come hear their stories as they share their personal experiences and life changing moments and be inspired. 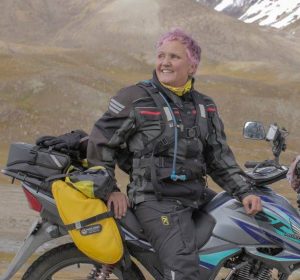 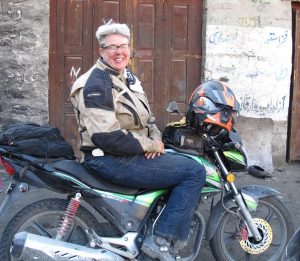 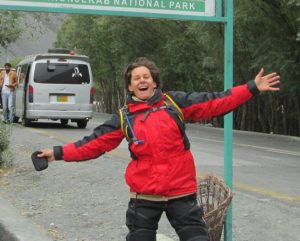 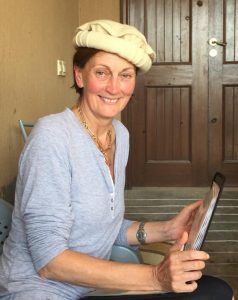 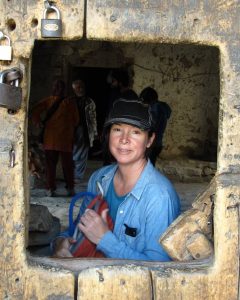 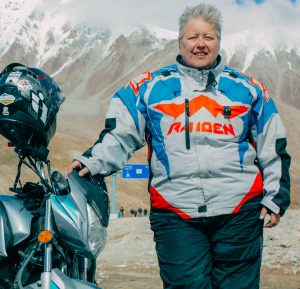